How does one lead or manage? That has been the central thesis of hundreds of books for hundreds of years. From Sun Tzu to Niccolo Machiavelli to dozens of modern-day military generals, the question has been asked and perhaps there are equally as many answers. It’s not about emulating an exact model, but rather promoting those aspects within a manager’s own personality that will impart confidence on part of the follower. 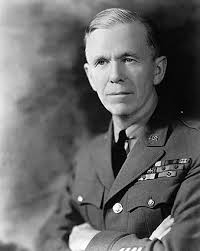 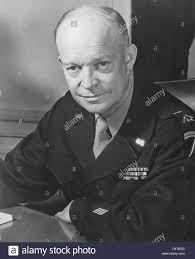 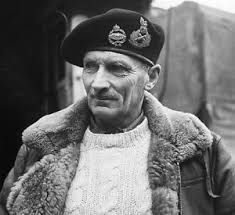 The fact so many books authored by military leaders should tell us something in and of itself. This begs the question of why we seem to think of military officers when we broach the subject of leadership. Unlike their military counterparts, captains of industry are not responsible for the individual lives of an organization. Indeed, that is a major difference, one for which a military officer can never make a mistake, right? Officers not only study victories, but they also study failures and outright blunders. This is as much to learn what to avoid as it is to understand how to deal with failure WHEN it occurs.

Some would say you must lead from the front. After all, as the cliché goes, “if no one is following you, you are not truly a leader”.  There is a lot of merit in that notion. A shepherd without sheep is just a bum walking through a field. Yet, there are so many high-ranking leaders who move a company from the top story of its office building. Historically, generals are atop hills looking down. What seems to be important is that top-tier leadership is seen by the rank and file, no matter where their office is located. It’s less about being out front than being present.

This goes to what Peter Drucker called “management by walking around”. This is a CEO literally moving about the facility, to the marketing department, operations, HR, upstairs, downstairs, even the basement mailroom. The point is less about glad-handing or even catching someone doing something wrong. This is an opportunity to see what the real problems are and not have to rely on a report, days, weeks or even months later. As Machiavelli wrote; “if one is on the spot, disorders are seen as they spring up, and one can quickly remedy them…”. In other words, no prince can rule from a foreign land.

Human beings expect to be led and if the current boss doesn’t fit the bill, the team will vacate the premises, either physically or mentally. Or even worse, they will follow an unofficial leader who may or may not have the same goals as the boss. Even when a manager is present, there will always be an unofficial leader where there are three or more in a group. It’s just human nature. The influence this person has within the team is dependant on what the manager allows and the corporate culture. The thirst for good leadership is so intent, people will even follow a bad one so long as he has a plan, any plan. Just look at the first half of the twentieth century in Europe.

Roosevelt and Churchill, however, took to the airwaves to calm the populous and were often seen in public.  This, even when FDR was in a wheelchair. Though he did not want to be viewed as crippled, he understood the importance of being considered as approachable. They also knew if they didn’t seem to be apparent and available, the public would turn to other sources for their information. Knowledge itself is not power, but carrying it can be.

So, the big question is; what type of manager are you? Do you build relations and communicate with your team, or hide out in the office doing “managerial stuff”? Are you actively leading your people or simply hoping everything works out? Contrary to popular belief, things typically do not have a way of working themselves out. It is better to be seen and available as a support than distant and aloof.